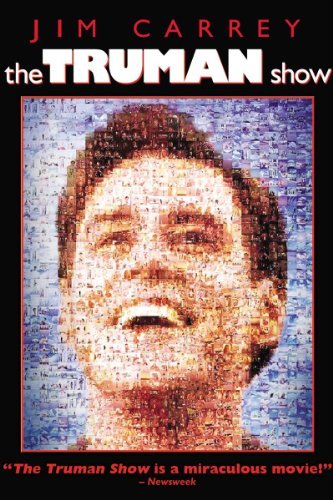 Did you ever see The Truman Show? The 1998 fictional film was about a phenomenally popular reality television show starring â€œTrumanâ€ (Jim Carrey). The catch is, Truman didnâ€™t know it was a show â€“ his whole life since birth (relationships, work, home) was minutely filmed in an artificial environment built to tell his story without his awareness. The viewers knew that sooner or later it had to come apart, and the question on their minds was this: Howâ€™s it Going to End?

In the last decade we saw a trend rise in recovering the importance of a Christian worldview. While nothing new, the challenge to think â€œChristianlyâ€ within a biblical framework helped people remember that thoughts and ideas are not neutral â€“ they have a place within a larger story and help to move it along. A worldview itself functions like a set of lenses through which you see the world â€“ and itâ€™s made of cultural experience and social formation as much as any theology or adopted set of beliefs, ideas, or creeds.

I was fortunate enough to be taught to avoid the more â€œchecklist-likeâ€ approaches (What does this worldview say about God? Jesus? About sin? Etc.) in favor of a deeper analysis that asked a series of fundamental questions:

But now I think we need to add a fifth to this grid of questions for evaluating a worldview: 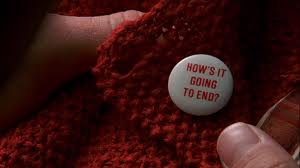 Hereâ€™s my conviction – you cannot tell the Christian story of what God has done for us in Jesus Christ without making clear where the story is headed. Let me go further: if you canâ€™t or donâ€™t talk about where it is headed, you arenâ€™t truly telling the Christian story. â€œEschatologyâ€ â€“ the theological study of the â€œlast things,â€ the climax of history in the culmination of Godâ€™s story â€“ isnâ€™t that nifty category you tack on to your belief system or that thing you mention if you have time in a class or if someone gets courage to pop the question.

For Christians, what God has done in the life, death, and resurrection of Jesus Christ through his Spirit has broken into the middle of history from the end. This king of Israel, Jesus the Messiah, is also the worldâ€™s true Lord. The â€œnowâ€ we live in is always in light of the â€œnot yetâ€ that is to come, as we remember every time we pray that his kingdom come on earth as it is in heaven. So everything from our ethics to our aesthetics, our service to our singing has to be seen not only in light of how things got started but also what God is bringing about in the New Creation. This is the anchor to our hope. This is Paulâ€™ argument in 1 Corinthians 15 â€“ that there is real victory over death and sin and all its power, victory proclaimed now even as we look forward to that Day when the end will come and all there is but one kingdom â€“ the new heavens and the new earth. Note that the whole chapter is bracketed by a declaration of the gospel (v3-4) and ringing exhortation to give yourself fully to the work of the Lord in light of his victory (v58).

So letâ€™s start asking the question â€“ howâ€™s it going to end? Because we believe that reality is headed somewhere, that God is moving his story forward to a glorious climax. That vision, a sure and certain hope, drives us back into the here and now with the courage and faith to get to work.

A story that canâ€™t or wonâ€™t talk about where things are going isnâ€™t a Christian story.